We are pleased to release an article in English contributed by Mr. Ryuko Hira to our monthly magazine “GEKKAN INDO”January issue. Mr. Hira, originally an Indian national, is a very successful entrepreneur who was naturalized as a Japanese citizen in 1976. He has established and continued to manage scores of companies in Japan including Hotel Management International.

He is one of the leaders of the Indian communities in Japan served as one of directors of the Japan-India Association.

Happy New Year from Hira Ryuko (比良竜虎).
My name arouses curiosity of Kanji characters. Some presume Higa or Hira or Taira is from Okinawa, but then I have to tell my funny story of changing the Indian name Kamlesh (Kris) Panjabi to Hira Ryuko (比良竜虎). I was naturalized as a Japanese citizen in 1976. The Japanese officer in charge boldly said it is mandatory to change one’s name in Kanji characters when being naturalized. I was taken a back; with second thoughts. Is it right to change one’s nationality ? Would I become a lesser Indian ? and what ? to change my personal name ! what about human rights at least to keep my birth name. My thoughts raced towards the loss of identity. Can I really be a good Japanese ? Will the Japanese bravely accept me as a Japanese or a silent yet subtle discrimination may prevail. Will the Indians be bold to say that I am a traitor to desert mother India. Can a man choose his motherland; if not, I shall always be tossed as a son of two mothers or to hide as a hypocrite and say no, I am half Japanese and half Indian.
This loss of identity was a big challenge to my destiny. On one hand, since independence in 1948, in 16 years of my childhood, India experienced 3 wars with China and Pakistan, which forced me to change to a Cambridge school for avoiding mandatory, training of National Cadet Corps NCC. In an Indian high school I would have to be trained with rifles as a military reserve.
The economy was devastated by wars, with fears of air raid sirens over our homes. Nationalism was the pulse of politics. Even Bollywood stars were being aggressively recruited by communists to propagate their ambitions. Balraj Sahani, a major movie star of the times visited our school for a communist rally to induct young volunteers to communism by writing autographs for students. Finally a State of Emergency was declared by Prime Minister Indira Gandhi which led to imposition of new rules and regulations on overseas Indians as well nationalization of India’s major banks and public services in the wider interests of discouraging communism for socialist reforms.
These socialist reforms impeded the stability and growth of capitalist enterprise, which led my family and many others to make long term permanent commitments to Japan.

On the other hand, Japan in 1970’s was amidst its spectacular rise to emerge as a economic, technological and financial superstate. I vividly recall my late brother Chandiram’s prophecy of Japanese power, who said the sincerity, sacrifices, hard work and intense discipline of tolerance was the real wealth of Japanese people. This nation of Japan is an embodiment of human excellence. My brother urged me to become a Japanese citizen for protection of our lives and assets from the wars and threats of communism.

Being the youngest in Indian tradition, one has to obey the elder brother. My conscience was tormented with attachment to being an Indian. I resented to change my name or become a Japanese citizen. Meanwhile the economic situation in India was deteriorating due to heavy burden of defense replenishments. I was asked by my brother to make a quick decision and if I decided not to reside in Japan permanently, then he would ask one of my other four brothers to replace me. I was perplexed and sensed the gravity of my life’s future.

I took a leave of absence from my office and went alone to Mt. Fuji for meditation with a book on Indian culture and spirituality comprising of summer course lectures to Indian students by a revered Saint H. H. Sri Sathya Sai Baba and other Indian scholars. After meditation with a pure and peaceful mind, I tried to solve the questions of whether to be a Japanese citizen ? “Who is an Indian ?” whether I could live a life with two mothers; Japan and India. “BHARATHIYA” was the Hindi word for Indian. “BHA” is god, “RATHI” is carriage. A person who carries god in his heart is a true Indian. God is symbolized by five universal human values Truth, Righteousness, Peace, Love and Nonviolence. The Saint said, anything which gives life is called mother. Every person has five mothers not two. Deha Mata biological mother, Bhoo-mata-mother earth, Matra Bhoomi mother land, Gau Mata mother cow (after breast feeding, cow’s milk sustains every child), Ved Mata wisdom is mother.

I had found my answers and was convinced that Japanese citizenship, passport or domicile was not the criteria for Indian nationalism. A Japanese citizen could be a devout Indian like the revered Buddhist saints of ancient times and inversely, Indian citizens could become fervent Japanese like Bodhisena an Indian priest; who assisted masses from miseries and helped the nation towards prosperity. Geographic boundaries are impermanent, virtues are permanent. Virtues are the very foundation of nationalism. Virtuous citizens have contributed to globalization of cultures. I overcame the challenge of identity crisis, when I read that “a conscience filled with consciousness of virtues” was the true definition of being an Indian. I realized the importance of being a true Indian in thought, word and deed. My inferiority complex of becoming a Japanese citizen was overcome by a firm belief that no nation can rise above the level of the virtues of its citizens.
After making this decision to become a Japanese, it was rather funny to have an Indian name. Most Japanese names have a meaning personified with Kanji characters. For example, if we write two trees, we read as Hayashi san and three trees as Mori san. My Indian name Kamlesh, meant the lord of lotus flowers and Panjabi meant 5 rivers. The translation of my Indian name would be queer in Kanji characters. So I decided to change my name to meet the legal requirements of having a name written in Kanji. The officer told me that in those days, most local government officials could not read or write English therefore a Kanji name was required. I found out that the English speaking population just after the war was 0.10% and now 60 years later it is ten times, at one percent. A friend of mine Mr. Mihara from Kyoto, introduced me to a Japanese priest of Hindu temple for Lord Vishnu (Bishamon-ten) located on top of Mount Hira in Shiga prefecture. This priest specialized in the science of Japanese calligraphy and JIKAKU, the number of strokes in a Kanji character which decides the destiny in a name.
I met this priest and after 21 days received the name Hira Ryuko (比良竜虎). Hira represents mount Hira; Ryu and Ko the two Kanjis represent dragon (Japan) and Tiger (India) respectively symbolizing prosperity and strength.


Ryuko an uncommon name in Japan, is generally used by Sumo’s or other wrestlers. Most Japanese are so kind to respectfully hide their laughter at my funny name. I often laugh at myself for always being defeated by dragons and tigers.

2010 is the year of tiger. Powerful, distinctive and fast, the tiger commands respect and fear. In the jungle or in a megapolis no one can dare ignore its presence. The tiger contains the seed of fire. As such, inside tiger there is powerful hidden fire energy. I hope and pray that the tiger’s fire will brighten the economic prospects and illuminate the New Year’s fortune for every reader. 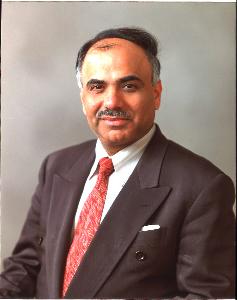